Bill C-452 will amend the Criminal Code by providing consecutive sentences for offences related to procuring and trafficking in persons; by creating a presumption regarding the exploitation of one person by another and adding circumstances that are deemed to constitute exploitation; and by adding the offences of procuring and trafficking in persons to the list of offences to which the forfeiture of proceeds of crime applies.

Reading of Bill C-517 will not proceed
On 23 October, the House of Commons unanimously decided to revoke the referral of Bill C-517 to Second Reading and to remove it from study. This bill was introduced by Member of Parliament Kelly Block (Saskatoon—Rosetown—Biggar) on 3 June 2013. It was seeking to amend the Criminal Code to add minimum sentences for offences involving the trafficking of persons 18 years of age or older.

To read more about the session that took place on 23 October, please consult the journal at: http://bit.ly/J7j1Nh.
Cercle des femmes parlementaires du Québec introduce motion on trafficking in persons
The National Assembly adopted a motion concerning trafficking in persons on 6 December as part of the 12 days of action against violence against women. This motion was put forward by the Cercle des femmes parlementaires du Québec, a non-partisan think tank and working group involving a group of 41 women deputies in Parliament.

To read the motion (in French), please consult: http://bit.ly/1kjZhB1.

The CCR has published a Starter Toolkit intended for anyone wishing to start or enhance existing outreach and awareness-raising activities on trafficking in persons in their own communities, organizations and sectors.

The toolkit highlights Canadian and international resources that are used daily by organizations across Canada in their work on trafficking. Its focus is primarily on the trafficking of non-citizens in Canada; however resources can also offer useful guidance to those raising awareness about other trafficking situations.

The toolkit was developed by the CCR in collaboration with anti-trafficking groups across Canada, and has been supported with a grant from the Canadian Women's Foundation.

How can you access the tool kit? The toolkit is available online in English and French: ccrweb.ca/en/trafficking-starter-kit.

We encourage you to share this toolkit among your networks and to send your comments to trafficking@ccrweb.ca.

Resource and support needs for trafficked persons across Canada
The CCR supports and coordinates anti-trafficking efforts across the country aimed at broadening and strengthening the network of NGOs working to protect trafficked persons through awareness-raising and service provision. We support the work of NGOs primarily through resources and opportunities for exchanging information and strategizing at the national level.

As part of these efforts, the CCR is looking to gather and to update information on the tools available to assist trafficked persons, as well as organizations working to support them across Canada. We are interested in your feedback and comments regarding: Share with us your current activities and the tools you have been using by writing to Samanta García-Fialdini, CCR Trafficking Project Coordinator, at sgarcia@ccrweb.ca, or by calling (514) 277-7223 ext. 6.

Visit the CCR Anti-Trafficking Resource Database to browse through resources that can help you in your work: http://ccrweb.ca/en/trafficking-resources.

The Forum and workshop provided an opportunity for representatives of different backgrounds to exchange ideas in assisting trafficked persons in Canada. The events also facilitated a discussion on current priorities in the areas of policy development, awareness-raising and service provision. Participants included representatives of non-governmental organizations, service providers, academics, as well as representatives of different levels of government and law enforcement involved in work on trafficking. Those present primarily came from British Columbia, Manitoba, Ontario and Quebec.

A summary report will be available soon on the CCR anti-trafficking campaign page at trafficking.ca.

The report is available at: http://bit.ly/1gT6S9O.

2012-2013 Human Trafficking Stakeholder Consultations - National Summary Report
The summary report on the stakeholder consultations held in the past year is also now available. This report provides a summary of the common messages and main findings obtained within a national framework. It also offers an overview of the regional responses and international priorities provided by participating stakeholders.

Local Safety Audit Guide: To Prevent Trafficking in Persons and Related Exploitation
A local safety audit guide has been developed to support local prevention efforts against trafficking in persons and exploitation. This guide provides a general context of trafficking across Canada and highlights some steps to guide the development of local audits and prevention action plans. This guide also draws attention to some of the populations that may be at risk and suggests questions to consider in order to identify vulnerable groups locally and to support the creation of a comprehensive plan.

The local safety audit guide is available at: http://bit.ly/JgDgaA.

The study’s objectives are to clarify different interpretations of the activities found in connection to sexual exploitation, such as pimping, prostitution and trafficking in persons. It offers a portrait of survivors of trafficking, of prostitution, and of pimps, providing an overview of the practices employed and exposing the impacts of sexual exploitation on survivors. This document is particularly targeted to law enforcement agents.

The program for the event is available at: http://bit.ly/IUsEhc.

Second Roundtable: Building Collaboration to Combat Human Trafficking in the City of Toronto, 20 February 2014, Toronto, ON 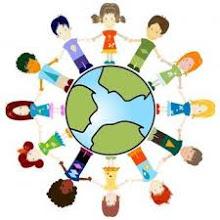 The second of a series of roundtables concerning trafficking in persons in the City of Toronto will be held the 20 February 2014.

Third report of the Council of Europe Convention against trafficking in human beings (GRETA)
On 17 October, GRETA, the monitoring body for the implementation of the Convention on Action against Trafficking in Human Beings, published its third report of activities. The report reviews the efforts of ten European countries (Armenia, Bosnia-Herzegovina, France, Leetonia, Malta, Montenegro, Norway, Poland, Portugal and the UK) throughout August 2012 to July 2013.

The report highlights the need to prevent trafficking by addressing the root causes of the problem. It further indicates the need to develop specific policies that focus on vulnerable groups, such as refugee claimants and members of the Roma community. Moreover, it stresses the important role of the media and the private sector in strengthening protection. Finally, the report condemns the low restitution rates for survivors of trafficking and the uncertain access to protection for trafficked persons.

The report is available at: http://bit.ly/II4APd.